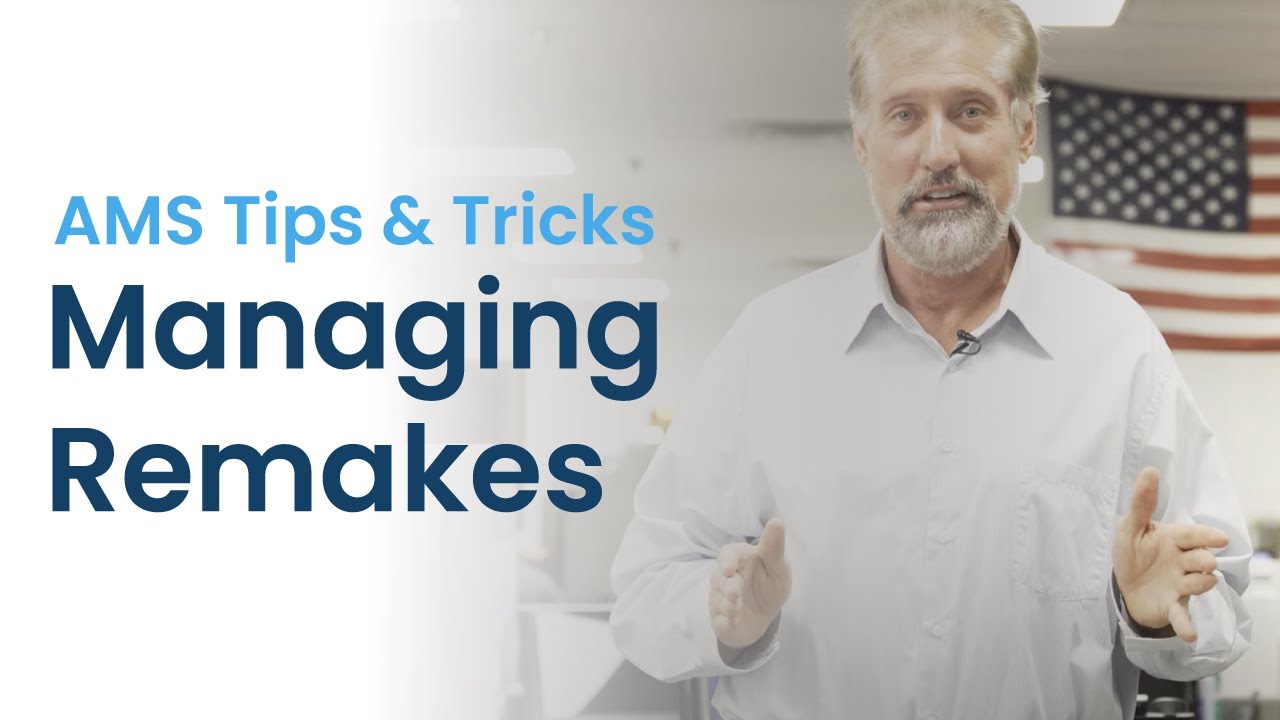 Welcome to America’s smiles tips and tricks. Today’s question to answer is, “How do you stop doing free remakes?” It’s a bad habit of the lab industry. I work with hundreds of laboratory owners on a monthly basis, and I don’t know how we got trapped into these notions of thinking that we’re the weak link, we have to keep our doctors at all cost, or if we charge for a remake, we’re going to lose our customers. The best way to stop doing free remakes is to change your attitude. I decided a long time ago that I’d rather not work than work for free.

Let’s talk about some of the basic principles. If you’re getting (hypothetically) a hundred dollars for a crown, you’re running your business at a 10% profit margin. Therefore, if you do one remake at no charge, it’s wiped out the profits of the last ten units. In all honesty, you would have been better off if that case didn’t come in. Do only the previous nine, and hit the golf course. Keep in mind the cost of you doing a remake is much more dramatic than an upset doctor.

A doctor, on average, is charging about ten times the lab fee. Think about this for a second. Doctors charge a thousand dollars for a crown and pay you a hundred dollars. He can pay you to remake that thing ten times, and he still breaks even. Let’s not lose sight of that. The doctors have the margin to be able to absorb the remake charge.

Doctors are usually the weak link. Most remakes occur at the impression stage, and having the right attitude about remakes forgetting about the fear of losing a customer is critical. “Well, this guy does a lot of remakes with me, but I’ll lose the account.” Good. He’s bankrupting you faster than everybody else is. You have to have the right attitude about remakes. Let’s avoid remakes before they happen.

First Impressions are Everything

Let’s just say it’s the 25th of the month, and you have a bad impression for a six-unit bridge, and you’re like, “Man, I know if I hammered out this case I could bill it on this month and get paid, then say, having to wait 45 more days.” You know it’s a crappy impression. You will accept the impression because you want to get the case done. You want to bill it on this billing cycle.

Well, you’re doing a remake next month, and now, next month, you’re working for free. Stop these cases and bring them to the doctor’s attention. Show them what’s wrong with the impression. They gave you a six-unit bridge on a triple tray. Stop these cases before they become a remake, call them up, and then at that point in time say, “If you ask me to proceed, if this doesn’t fit, if you don’t like this case, I’m going to have to charge you for a remake.”

You tell them that upfront; make it clear upfront. Let’s insist on better impressions. I mentioned a triple tray for a six-unit bridge, so start telling doctors you need a full arch impression. Tell him you need more teeth to set an accurate bite. I was doing a case here recently as a protrusive bite. There was no occlusion to go for custom abutments in a case, so I don’t know where to put anything. I went back to the lab. The Dentist says we need a denture wax-up first approved for the incisal length for the facial fullness. Let’s get a doctor to approve of a lovely inexpensive slipper. Now we know where to go from there. Now we know where to place our custom abutments. Now we know where to put the rest of the case.

Stop these cases before they become a remake. The whole concept of reducing remakes is to change your attitude, understand the true cost and expense of doing a remake, and become partners with your doctors. You need to understand you are their partner in profit. Restorative dentistry is the most profitable part of a dental practice.

They can’t make enough money doing cleanings, fillings, and x-rays to pay their student loans back, restorative dentistry is what they need. They need a good healthy lab industry. Explain to them that you cannot work for free. You are in a position to exercise that power.

Understand if you’ve got six doctors, you’re learning at six times the rate those doctors are. They’re seeing only their patients. You’re seeing the patients of six clients. You’re really in a position of authority. It’s time we start exercising that authority.

AmericaSmiles® was founded more than a decade ago after Keith Crittenden began sharing with dental industry colleagues his ideas for helping dentists improve their business as a means of growing his own dental lab business. Soon after, the AmericaSmiles® Network was launched and our mission has been supporting dental labs ever since.